Last fall (as in, October 2014), I became fascinated with the idea of a cape. It might be because of my complete failure to sew up a proper coat – I can sew, but getting stuff to fit my hips, bust and larger arms is a challenge. Enter a cape – this should be easy, right?

So I went inspiration hunting and dutifully dumped everything into Evernote.

The very first thing that caught my eye was this Kwik Sew pattern. MyFabrics.co.uk uses it as a sample to show off their fabrics.

It looks so comfy, right?

There were two problems with it:

This modified version of the Tessuti New York Cape looked pretty neat. I normally ignore Tessuti as their pattern range stops at an Australian size 16, but this version was already modified.

The original blog is now hidden, but there’s a nice write-up on the Tessuti blog: Suzie’s Modified New York Cape.

I really wasn’t too sure about this, though:

I’m not sure anymore, but it could be that the pattern was not available digitally. As of writing (Jan 2016), the pattern is available for digital download.

I thought this was so cool! There’s a belt! And it’s drapey – it would work in an a-line shape! Love!

Inspired by Kestrel Makes’ Miss Marple Cape, I immediately went looking for the pattern. This post is what also made me consider the possibility of underlining.

It really was love at first sight… but I couldn’t find it anywhere. Drat. 😦

I found this post on Sewaholic and thought the result was fantastic: Simplicity 5669: Tartan Plaid Cape, Finished! Tasia has a whole series on how she made up the cape. I love how she used tartan!

Considering that it is a vintage pattern from 1964, I didn’t have a lot of luck finding it.

I was running out of ideas. Burda is not usually my style.  Still, it would be in my size…

I ended up vetoing this for a number of reasons:

Is there a nice way of saying that it just looks too classy for me? 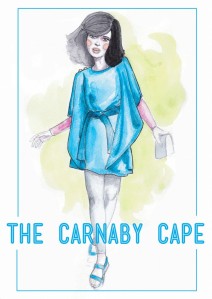 I have no idea how I found this, but I seem to have fixated on belted capes. I really liked Bartacks and Singletrack’s version in brown wool. Also: it’s free!

I ended up passing, though:

Still, it’s a neat pattern and I’m glad that I made note of it.

I found this, so similar to the New Look 6007, and loved it. It doesn’t hurt that there’s a great, detailed review on The Sew Weekly: The “How many capes does one girl need?” cape. Also, Serendipity Handmade has a gorgeous version in grey.

What’s not to love about this pattern?

I was able to find a copy of this pattern online, too! I just wish it had been available digitally.