I was born in the US, moved to the Netherlands at age of thirteen and then decided Stockholm would suit me better at age twenty-seven. 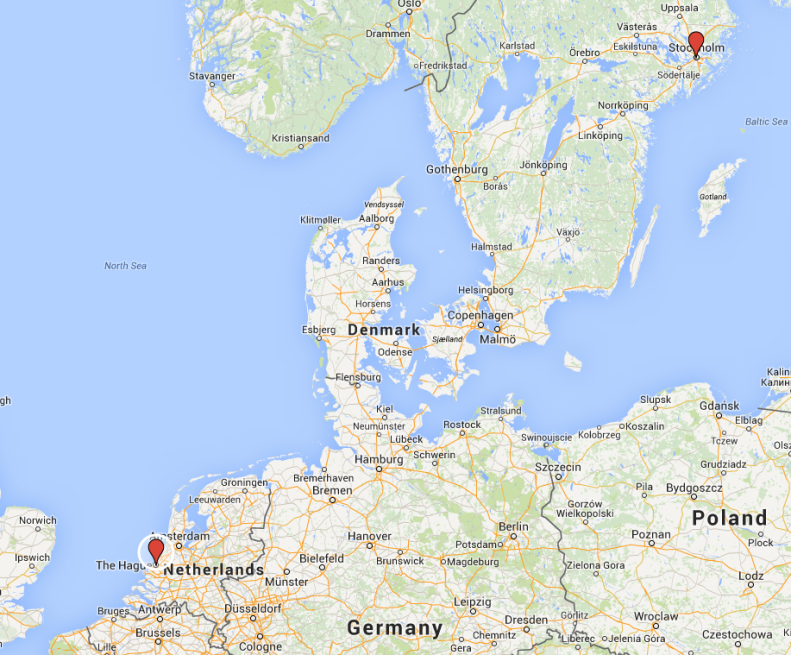 On the way to Sweden, I met my Norwegian partner. We spend a lot of our time making geeky comments to each other, reading sci-fi and/or fantasy books and watching really awesome TV shows.

I taught myself to knit from YouTube while watching the new Doctor Who series in 2010 and just never stopped. Admittedly, the knitting really took off when I met my partner’s mother – my Norwegian is admittedly bad, but we knit together. She’s the one who taught me to knit Continental style (I’d learned throwing from YouTube, apparently).  She’s also the one who knits of all of the beautiful stranded Norwegian sweaters – I thought it was pure magic. She offered to teach me and it turns out that I can do magic, too!  I’m just starting to graduate into making stuff for adults. I pretty much always have at least two knitting projects: a brainless project for TV and a more difficult one such as a stranded sweater.

In the summer of 2014, I realized that Nordic RTW fashion and I just don’t really mix. It might have something to do with all of the very tall, slim women versus me – who is very short and definitely not slim. In self-defense, I learned how to sew. My mom sent me her old Brother sewing machine and I jumped right in. A year later and I am also the proud owner of a Brother 1034D overlocker – my biggest issues these days are figuring out fit. I like working with knits and have discovered a love of dresses, skirts and cardigans.

In a past life, I was a Microsoft SharePoint consultant with a focus on (information) architecture, out of the box functionality and training. The blog, Hannah’s SharePoint, still exists as a resource.

During the summer of 2015, I rather randomly decided to start an online yarn shop. I was so thrilled with the Icelandic Istex Lett Lopi yarn and it was hard to source in Sweden: thus was The Shady Sheep born. It has turned into a fun little side project that has taught me a lot about e-commerce, retail and running a small business.

These days, I work at Automattic as a WooCommerce Happiness Engineer. I believe that Open Source Software is a powerful concept which makes the world a better place; I am proud to support it!

One Reply to “About me”